We are an online travel agency specialising in hotel bookings within Mongolia. We help customers book hotel rooms online, provide comprehensive help and support to our clients and make the hotel booking process smooth and easy.

We also provide hotel recommendations and reviews, making sure that our clients stay in good, clean and safe hotels all over the country.

To grow knowledge and wealth in Africa and her people.

We are an online travel agency specialising in hotel bookings within Mongolia. We help customers book hotel rooms online, provide comprehensive help and support to our clients and make the hotel booking process smooth and easy.

We also provide hotel recommendations and reviews, making sure that our clients stay in good, clean and safe hotels all over the country. 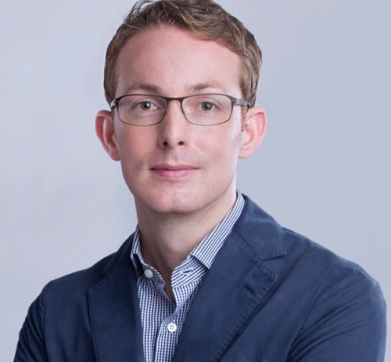 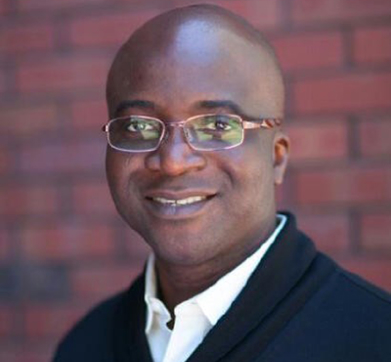 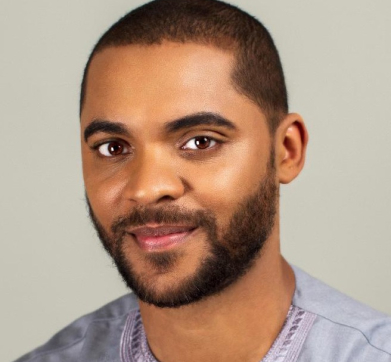 Mark Anthony Essien (born 18th December 1980 in Ikot Ekpene) was raised by his parents Anthony Paul Essien and Monika Essien. His father, a prominent political figure in Akwa Ibom State, served as a Special Adviser to the state's governor on Economic Affairs, during Nigeria's Third Republic. His mother, who emigrated from Germany to Nigeria in 1978, is a childhood education expert and owns a children's school in Ikot Ekpene.

Mark's childhood education began at his mother's school, Monika Kindergarten, followed by a secondary education at Federal Government College, Ikot Ekpene. Mark spent the first 19 years of his life in Ikot Ekpene, before his tertiary education for which he moved to Germany, where he studied and obtained a Bachelor of Engineering (B.Eng) degree in Computer Engineering at the Beuth University of Applied Sciences, Berlin and a Master of Science degree in Computer Science at the Free University of Berlin.

While studying for his mandatory German Language Program and A-Level examinations, he took up coding and also worked part time job as a cinema attendant. 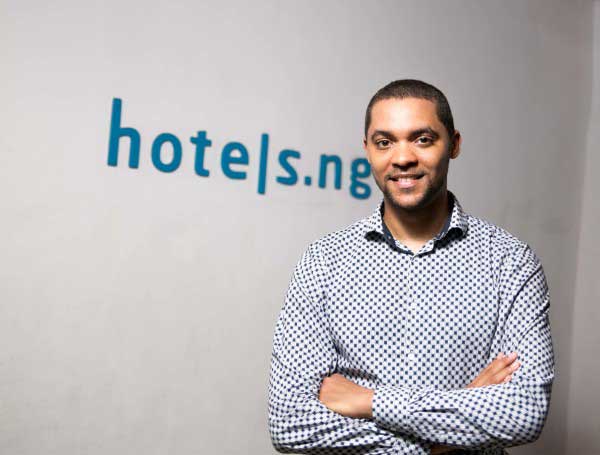 While in Germany, Mark created a file-sharing software, Gnumm, which was later acquired by Snoopstar, a German company. He worked at Snoopstar for a while, and went on to work on his own as a freelance Software Developer. Mark also created a DirectShow based software-only Mpeg encoder, Standard MPEG, which had clients such as the Walt Disney Company and The United States Armed forces.

After his Bachelor’s program in Germany, Mark became interested in building a technology company that could work in Nigeria. He realised then that the online travel space in Africa could use some innovation. After getting his bachelor’s degree, he created the first version of Hotels.ng which was a list of hotels at the time. Following his business philosophy, “build a product for an existing market and not a market for your product”, he created a dummy hotel booking website, left it for a few months and noted the traffic that it generated.Having proven the potential viability of what he had built, Mark founded Hotels.ng in 2013 to provide the most convenient solution to an industry that was rife with the traditional method and difficulty of booking hotels - the walk-in culture.

In 2015, the company secured an addition funding of $1.2m from international investors EchoVC Pan-Africa Fund.

The company has since grown exponentially, and has extended its efforts out of Nigeria. In January 2018, Hotels.ng announced its international hotel booking site, Hotel.africa. Hotels.ng also launched Fly.africa, its flight booking site, to provide cheap flights to anywhere in the world.

Hotels.ng and its founder, Mark Essien have been featured in various global publications for the good work being accomplished in the Nigerian tech ecosystem.

Mark lives in Lagos, and is quite the traveler himself. When he isn’t working, he’s tweeting up a brilliant idea storm on Twitter.

In 2015 Mark made the Forbes list of 30 youngest entrepreneurs in Africa. He has also been nominated for the Nigeria Future awards amongst others.

In 2016, Hotels.ng co-invested with Jason Njoku and Spark in OgaVenue, an events booking platform. Mark Essien serves as a director on the board of OgaVenue.

Mark is a frequent TedX speaker. He has delivered talks on Leveraging networks to build a business, and how Africa can lead in the global technology space at TedXEuston and TedXGbagada respectively. 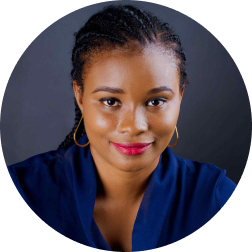 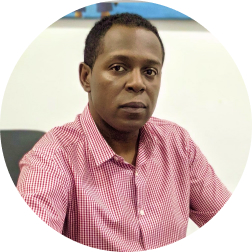 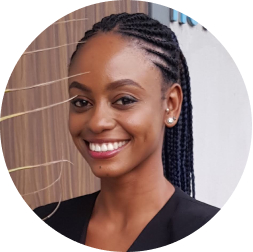 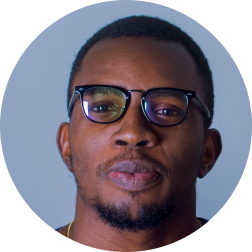 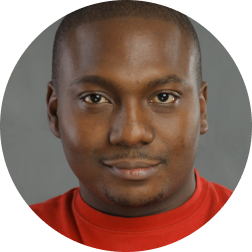 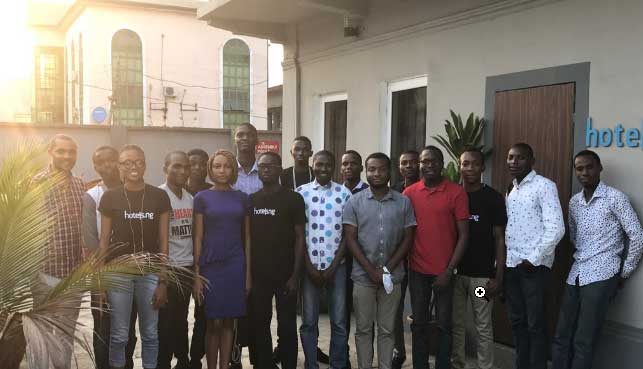 In the last half decade, many startups have sprung up in Nigeria. Most of them, situated in Lagos and offering services that can be used digitally. Hotels.ng is one of such companies.

In the very early stages, Mark Essien, did most of the initial work himself, thanks to his background in Computer Science and Software Engineering, and eventually began to hire capable people with the required skills to build the product that would be his business today. Hiring people with programming skills was not the easiest thing at the time. Talent was scarce, and people who possessed these skills were either highly experienced and already hinged to some big tech companies, looking to start their own businesses, or lived many cities away from the startup and didn’t have a shot due to this distance.

As the tech ecosystem grew, the demand for tech skills grew exponentially. The tech startup offshoots in Lagos, Yaba precisely, were burgeoning into a cluster and more companies needed young people to build their ideas into great products.

This situation got Mark Essien thinking, and he envisioned a tech ecosystem where local developers and designers matched the demand for their skills, and even possibly spill over into international labour markets. He figured that if young people, in different locations, with a keen interest in product design and software development were trained extensively, they would acquire the necessary skills and experience for tech jobs that they normally would not be qualified enough for. This is how the HNG Remote Internship came to be. The program was structured to present the interns with real-life problems and have them solve these problems, using programming and design skills. This way, they strengthen the skills they already have, and pick up new knowledge that they didn’t have. The internship was also incentivized with stipends and rewards, which are disbursed at the end of every month or task.

In 2016, Mark, in a tweet, asked people interested in honing their software and design skills to join a Slack group using a link. People poured in, and the first edition had 1000 participants. These participants were working from many different parts of Nigeria, on whatever devices they could find. At the end of the pilot edition, 30 participants had made it to the final stage, and within one month of completion of the internship, they were all placed in jobs at various tech companies and startups.

Many organisations have noticed the Hotels.ng Remote Internship, and have come to identify with it because of its effectiveness and the quality of tech talents produced from it. One of these organisations is Figma Inc, a San-Francisco based product design software company. Its CEO, Dylan Field visited Nigeria early in 2018, after the company had recorded a lot of users from Nigeria - these were the interns. He visited, out of sheer curiosity, to learn about and connect with the design and software community in Nigeria.

In 2018, the HNG internship ran its fourth edition, and it went Pan-African, with participants from all over the African continent. It also has support from major players in the global tech industry; Oracle, Figma Inc, and Bluechip Technologies, and it has been exciting as always.

So, far, the internship has trained over 5000 people and equipped them with skills and real industry experience and the internship has a 100% job placement rate for participants that make it to the final stage. Past participants from the internship have secured roles in companies outside Nigeria and even in America’s Silicon Valley and Fortune 500 companies. This is testament to the fact that this is an amazing initiative, and there’s definitely no stopping now.

Our headquarters is located at No 3, Birrel Avenue, off Herbert Macaulay Way, Sabo, Yaba, Lagos.

All enquiries, whether made through Email or Phone, would be responded to not later than 48 hours from time of receipt.